Try playing along with “Eraser” off our new full length on either guitar or drums!! 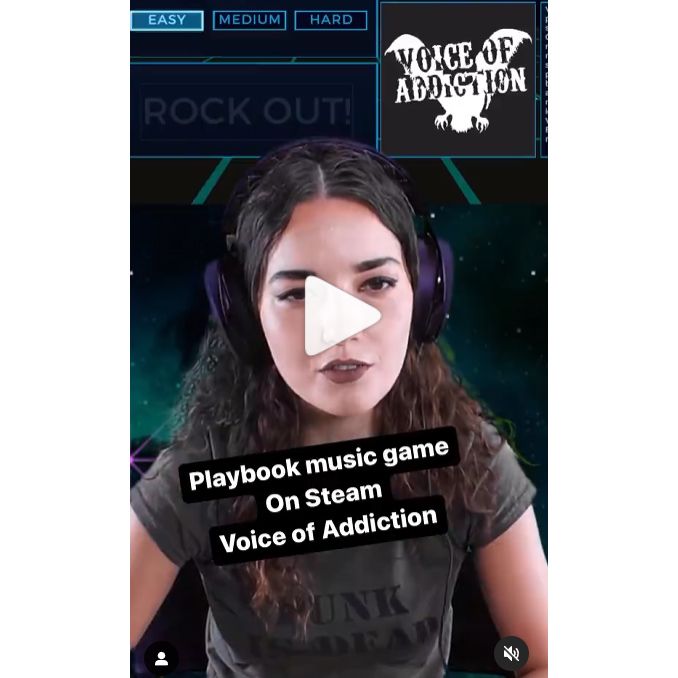 “An artist embracing both the past and present is refreshing in a genre where gatekeepers are plentiful. They encourage fans to broaden their horizons as a result. “Punk is dead” some people say, but bands like Voice of Addiction keep it alive.” - Music Addict

“With hard-hitting and explosive lyrics, the group offers us music that transcends time.” - Indie Chronique

“Divided States is a masterpiece of punk rock, featuring 13 unique tracks that’ll leave you speechless. The album is set to mark their greatest release to date as it dives into the depths of breaking down the current social construct with incredibly written, thought-provoking lyrics, genius delivery and a memorable depiction of emotions." - EDM Rekords

“What this album truly represents in so many ways is the great divide that has taken place in this country.” - Raised by Cassettes

“You can feel the realness, the rawness, the heart and soul, they gave you 13 songs and 40 minutes and still you will want more.” - Rising Artists Music Blog

“the absolute grit and force of the singer. This is what passionate screaming is like. On a scale of one to ten, he scored an eleven because he crossed the boundary of expectations and frikkin’ owned it” - Illustrated Magazine

“a lot of attitude, energy and punk rock in a totally rock and roll atmosphere that overflows talent, raw instruments, aggressive voice and power posture, message successfully passed, we feel represented by this vibe in which the music has a purpose.” Indie O Clock

"Think of a punk rock band with a high intellectual level. This album will get stuck in your head immediately!" - Indie Rock News

"This is the epitome of punk music. It’s f’n unadulterated and injects you with a much-needed surge of kinetic energy.” - Red Rock Magazine

"The grittiness makes you want to bob your head. A wild ride that you need to be strapped in for." - Music City Pulse

"Voice Of Addiction is a band who are continually pushing boundaries and moving their genre forward." - FV Music Blog

"As the band has been around for over a decade, the newest release from Voice of Addiction proves that the band still has plenty to say and the talent to continue making music that lets their voice be heard." - The Rock and Roll Report

including the brand new full-length on Vinyl / CD / Digital